Official Blog/News
 The history of orgonite
5 things to check before purchase Feedback/reviews: 2018 & 2019

We make and supply high quality orgonite pieces, at fair and reasonable prices.

The advent of electricity, consumer electronics, and the explosion of wireless communication technology since the turn of the century, has undoubtedly brought about life-changing development, advancement and convenience for humans in much of the world.
However, very little thought is given to the impact this has on the unseen and generally unacknowledged etheric energy that is all around us, and the subtle ways that it interacts with us and our environment.

Orgonite is invaluable as the only tool we know about that can effectively combat the negative effects that electricity, electronic devices and wireless technologies are having on etheric energy, and in turn all life on this planet.

I’m Adam, founder of Orgones.co.uk – and I’ve been using and experimenting with orgonite devices since 2009. Having gained a wealth of experience with orgonite, crystals and gemstones, I finally felt the time was right in 2017 to launch Orgones.co.uk and make my high quality personal orgonite devices available to anyone who would like one.
My creations are available for delivery worldwide, but there are a handful of locations that I can’t deliver to directly. A shipping agent may be able to assist if you are from one of these locations. 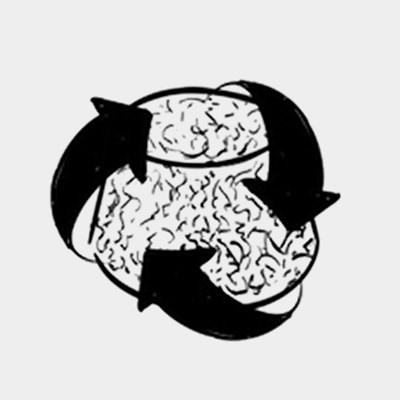 The beauty of orgonite is that it continues to process negative orgone and other energy into positive orgone, indefinitely. Hour after hour, day after day, month after month, year after year, and will quite literally last a lifetime – never needing to be refreshed or recharged.
Some of the components used in my orgonite devices are millions, and sometimes billions of years old; they have been around a long time before us, and will continue to exist and function as orgonite devices for a long time after we are gone.

It must be noted that the orgonite movement is still in its relative infancy. Although benefitting many people, orgone or etheric energy is not yet recognised by mainstream science, nor is any device that converts and processes this energy.
We are still learning about orgone and orgonite, how it works, and how it interacts with the physical environment. As such, the theories, observations and opinions on this site are often our very best current estimations. Please consider it a fluid subject, with a great deal of work being done around the world to refine and update our current understanding of the field.

Every personal Orgones orgonite piece takes at least 6 days to make.
We are diligent about the type and quality of materials used, and take the time and care to precisely position these materials optimally within each piece, having found that the grade, quality, positioning and arrangement of additional materials within orgonite pieces can have a big impact on the function.

However, what we believe to be particularly unique about our personal orgonite pieces is quite literally at the heart of every one; double terminated Lemurian seed quartz crystals.

Clear quartz crystals are the staple of any orgonite piece, often in the form of single terminated, broken, or tumbled pieces. These function perfectly well for field or gifting orgonite in the wider environment, but I have found that upgrading the crystal can be beneficial for pieces for use within personal space.

The metaphysical properties of crystals, as well as precious/semi-precious stones, rocks, minerals and gemstones are enhanced when in the presence of orgonite. This is probably due to the intense positive energy that surrounds and flows through orgonite.

Clear quartz crystals are able to structure, store, amplify, focus, transmit and transform energy. They are said to heal, cleanse, balance and strengthen the chakras, resulting in physical, mental and emotional well-being.

Lemurian crystals are considered to be master crystals; associated with all chakras and astrological signs, and are able to communicate with other crystals. In addition to having the most powerful intuitor energy in the mineral kingdom, their energy is said to be tuned to unity, and to helping balance spiritual and physical aspects of our lives.
Physically, Lemurian crystals have multiple bar-code like horizontal grooves, striations or stripes along one or more sides of the shaft. These are said to contain information, knowledge and wisdom programmed and embedded by the Lemurian civilisation.
Metaphysical legend indicates that the peaceful ancient Lemurian civilisation planted these unique crystals around 12 million years ago, for future generations to uncover.

Every one of our orgonite pieces contains at least one naturally double terminated Lemurian seed quartz crystal.

Our aid pieces are by nature intended for people who are in need of assistance in one way or another, and for these pieces we use clustered double terminated Lemurian quartz crystals. These are highly coveted for their unique healing properties, and combine all the properties of quartz, Lemurian quartz crystals, double terminated quartz crystals, and clustered quartz.
Clustered quartz formations are said to have an effect that is greater than the sum of their parts. Metaphorically, as the two or more double terminated crystals have grown together for millions of years, the clusters are seen as naturally assisting and healing, aiding growth and development.

All Lemurian quartz crystals are said to be record keepers, but the presence of triangles on the faces of the crystal are extra special, and are known as triangle-faced record keepers.
These crystals have been said to have facilitated access to information stored within the Akashic Records (a compendium of all human events, thoughts, words, emotions and intent ever to have occurred, believed by theosophists to be encoded in a non-physical plane of existence known as the etheric plane), with the triangle shape representative of a door or gateway.
They are said to activate dormant intuitive and psychic abilities, and assist communication with spirit guides.

Record-keeper triangle-faced double-terminated Lemurian quartz crystals are incredible specimens, the crème de la crème, and are very rare indeed. Although the triangles only need to appear on one face for the crystal to be considered a record keeper, most of the record keeper Lemurian crystals we select have the record keeper triangle markings on both ends, with the arrows pointing in the direction of the termination at both terminations. These are rarely seen for sale, and command high prices when they are.
One of these is used in the centre of every HHG cone we make, and they are also featured in special versions of our pendant neckalce/keyrings and chakra sets.

We clearly detail every material used in all Orgones orgonite piece we make. This way, you know exactly what you are getting, and you are aware of the properties associated with every component.

It sounds strange, but some orgonite vendors do not disclose all the materials used, preferring to claim it as a secret, or proprietary formula. There really is no genuine reason to obscure the materials used in orgonite, so discretion and a healthy scepticism are advised.

A comprehensive list of all materials we use can be found on the Materials Information section.

The orgonite movement would greatly benefit from a simple reproducible experiment that is able to quantitatively measure the function of orgonite in some form.

Plant growth and sprouting experiments are simple reproducible experiments, but it is often difficult to isolate the control group from the orgonite group without also affecting the growing conditions that must remain constant for both.

We are investing time and resources into this, and hope to be able to provide details of a reproducible experiment in due course.

The information and products on this website involve subtle etheric energy and metaphysical properties of crystals and gemstones, and are for experimental, informational and educational purposes. These are not intended to diagnose, treat, cure or prevent illness or disease, and are not intended to be a substitute for informed medical advice or care. You should consult with a doctor, physician, or other healthcare professional if you have or suspect you might have a health problem. The statements on this website have not been evaluated or authorized by the United States Food and Drug Administration, or The American Medical Association, or any other medical or healthcare body.